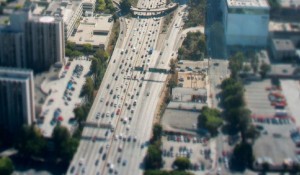 Los Angeles is not only one of the most traffic congested cities in the nation but it is also one of the most dangerous for drivers and pedestrians. If the mayor, police chief and police commission have their way it will only get worse. Unlicensed drivers who nationally kill over 7,000 people annually have been described by Los Angeles police chief Charlie Beck as a petty offense. A drivers license is a requirement in every state in the union and every civilized country in the world. Apparently not so in Los Angeles